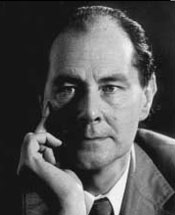 GERARD VICTORY was born in Dublin and educated at University College Dublin and Trinity College. In 1948 he joined RTE (Irish Radio and Television) where he subsequently held the post of Director of Music from 1967 until 1982. In more than forty years of composition he produced some 200 works, including four symphonies, eight operas (of which the best known are Chatterton, An Evening for Three and The Rendezvous); a large-scale cantata (Ultima Rerum, released on the Naxos/Marco Polo label in 1994); two piano concertos and a large volume of other compositions, many of them written for films, plays and celebratory occasions.

Free copies (pdf format) of some of Gerard Victory’s works can be viewed or downloaded by clicking on the following links:

Click here to view or download a pdf with more information about Gerard Victory’s Piano Concerto No. 2. The full score may be downloaded for free using the link in the section above.

Over eighteen years elapsed between the writing of my first and second piano concertos. The first was composed in 1954 and given its premiere (very splendidly as I recall) by Dr. Anthony Hughes with the Radio Eireann Symphony Orchestra in 1955.

I am not quite certain as to the causes which prevented me from attempting a second concerto for so many years. Most probably, I realised the difficulties in integrating what is essentially a Romantic art-form with the more atonal astringent musical language which I adopted from about 1961. It was the exceptional skill of several Irish pianists (especially the soloist in the first performance, Philip Martin) in performing modern works which finally encouraged me to compose this second concerto. The work is in the conventional three-movement form and its harmonic and melodic language is based closely on the intervals of the opening theme (stated by the piano in octaves), which features wide leaps, of a minor ninth.

The three movements, while closely linked by serially organised material (using, however, a very wide range of derived series), illustrate three contrasting approaches which reflect different styles current in 20th century music. The first movement may be described briefly as introduction and statement, then a discursive serial treatment by the piano with marked, contrasting dynamics; hammered orchestral allegro; further discursive and aleatoric interludes; and finally a rising stretto culminating in a long cadenza.

The second movement is basically a ‘blues’- an acknowledgement of the tremendous influence of jazz and its allied idioms on the music of our times. The blues (in which the minor ninths have become alternating semitones) is preceded and followed by short ‘nocturne’ episodes.

The last movement expresses a folk-music character and has a more modal feel in its melodic line. The theme introduced on the solo piano after an introductory section is developed in a set of variations, which include a discursive moderato treatment in irregular 3/8 bars; a Scottish march; and finally a scherzo in triple time, which leads to a vigorous cadenza just before the close in which material from the first movement is referred to.